Germans in the neighbourhood

The Marcomannic territory north of the Danube frontier differed considerably from the provinces. The density of settlements and the wealth of grave finds indicate that the power centres of this tribe were mainly situated in the Dyje-Svratka Valley and the Lower Morava Valley. Settlement sites represent on our territory the most frequent type of archaeological evidence of the Roman Period. They were founded on terraces and moderate elevations in immediate neighbourhood of watercourses, and consisted of several dwellings and accessory features used for production and storage of goods.

Typical buildings in these settlements were single-room sunken-floored houses of rectangular layout, with a living area of about 15 m2. Besides these dwellings, the settlements also included simple pits intended for grain storage, extraction of clay or disposal of garbage. Aboveground wooden buildings, which were probably used as granaries, are less frequent and are difficult to prove by archaeology. Besides this, the settlement in Pasohlávky included a spacious aboveground hall building, which is unique in Moravia. 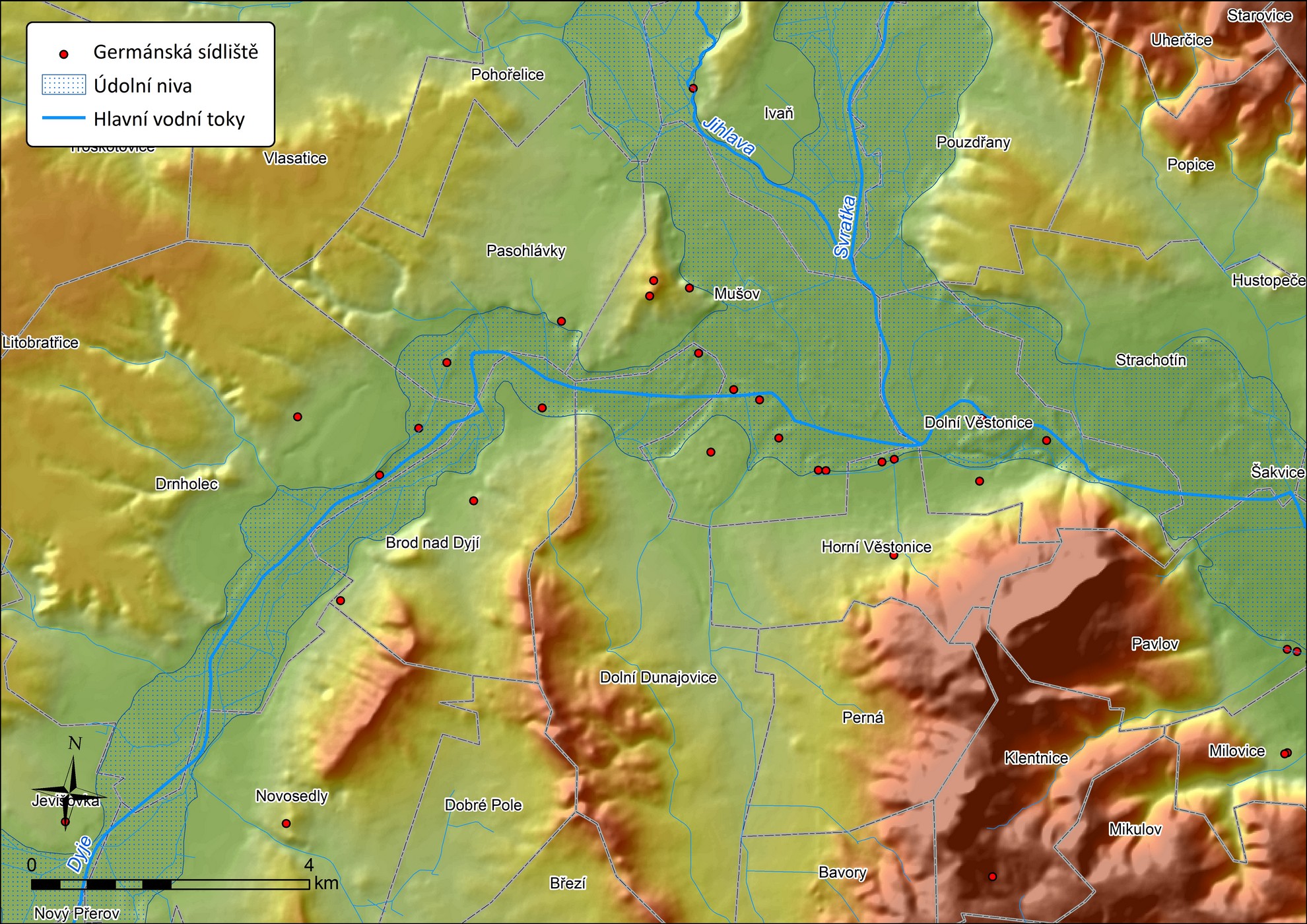 Numerous finds from settlements testify to a wide range of crafts. The invention of Germanic potters is illustrated by a varied and rich spectrum of ceramic products and decorative patterns. An important branch was metalworking, which is documented by several furnaces and a foundry discovered in the settlement of Pasohlávky in the past few years. However, the Germans of the Roman Period on our territory were mostly occupied with agriculture and animal breeding. Among animal bones from settlements we can identify, for example, cattle, pig, sheep, goat and horse. 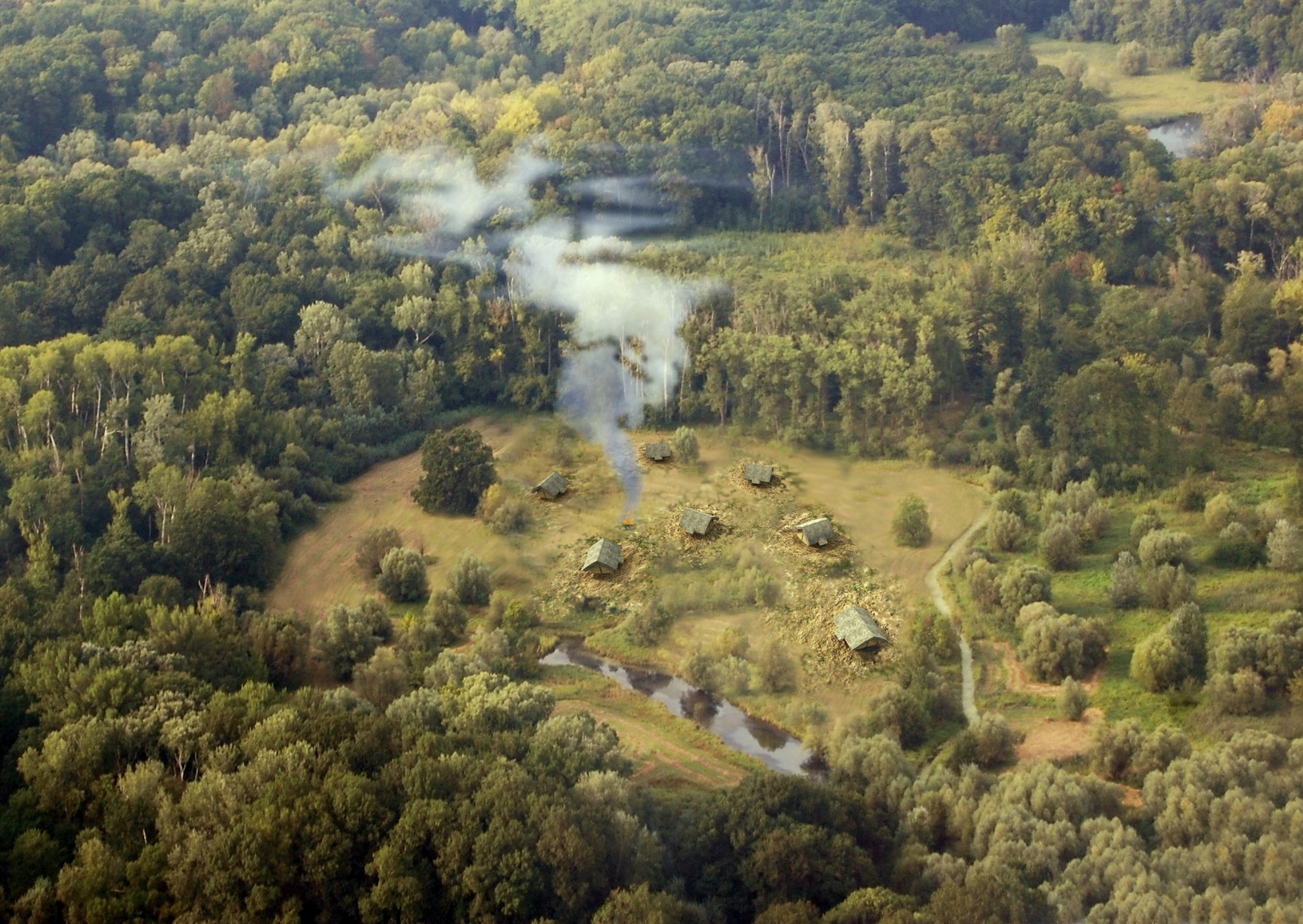 Visualization of a Germanic settlement

At the end of the 1st century AD, the Roman historian Tacitus wrote about Germanic chieftains in Central Europe: “The Marcomanni and Quadi have, up to our time, been ruled by kings of their own nation, descended from the noble stock of Maroboduus and Tudrus. They now submit even to foreigners; but the strength and power of the monarch depend on Roman influence. He is occasionally supported by our arms, more frequently by our money, and his authority is none the less.” (Tacitus, Germania 42). From this we infer that the Roman Empire pursued its power interests on barbarian territory by mainly political and economic means. The allied Germanic rulers participated in various ways in transit long-distance trade, obtained many diplomatic gifts from the Romans, and their warriors were sometimes even involved in fights within domestic political conflicts in Italy. Rome at the same time often actively intervened in internal affairs of Germanic tribes, inclusive of successorship issues. 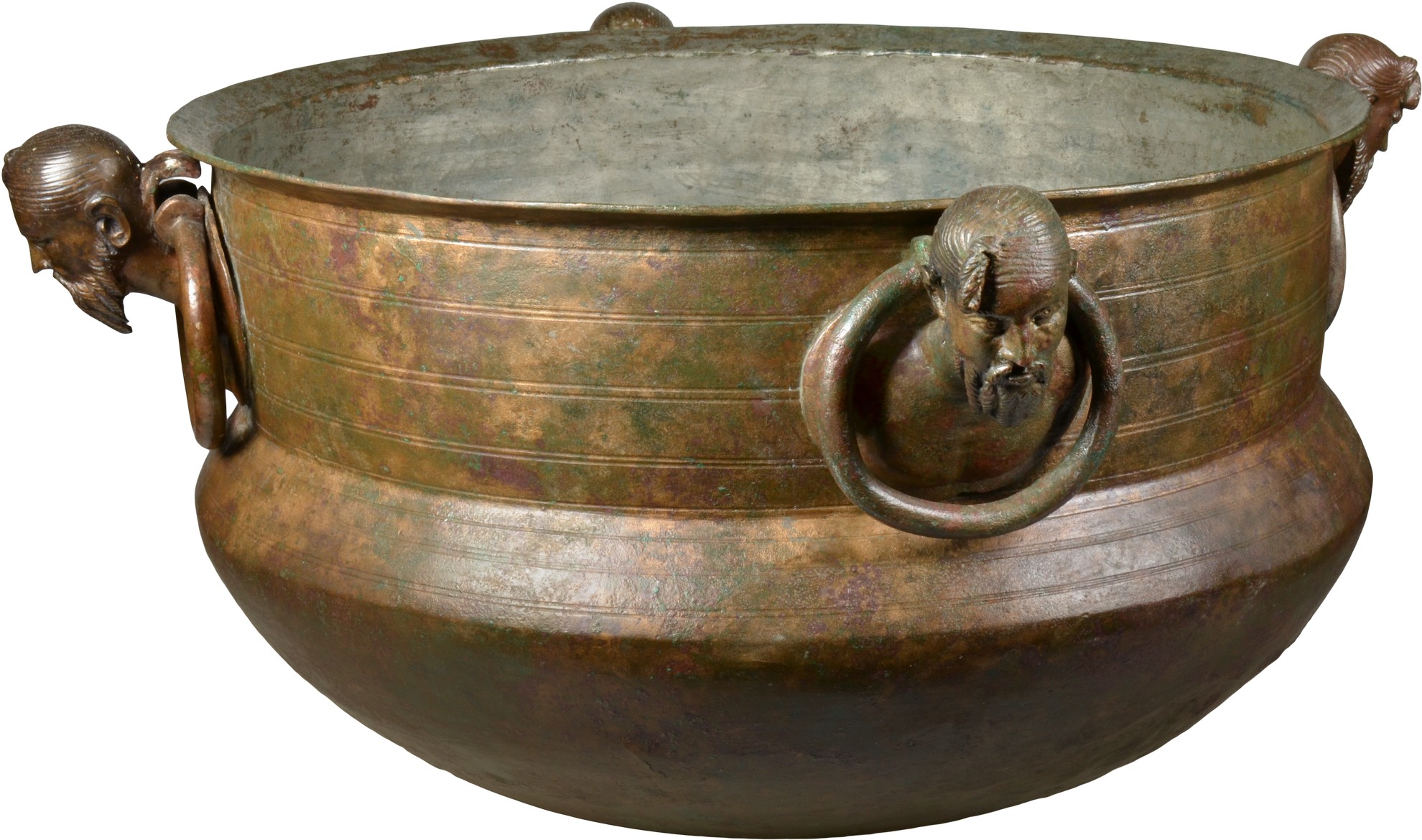 An exceptional piece of archaeological evidence for the strong influence which the Roman Empire exerted on local Germanic elites is represented by the so-called princely tomb of Mušov, which was discovered on a terrace on the northern bank of the river Dyje in the neighbourhood of the hill Hradisko. Even though the grave was plundered in the Roman Period already, it still contained examples of unique and precious goods, which make it the richest among Germanic graves of the 1st and 2nd centuries AD in Europe. It contained more than 200 mostly luxurious items of Germanic and Roman origin, which reveal that their owners were strongly influenced by Roman culture. Judging from some articles which were already made in the 1st century AD, the funerary equipment was probably accumulated over a longer period of time. The youngest finds, for example precious spurs and belt fittings, indicate that the funeral may have taken place during the Marcomannic Wars or shortly after their end. According to one of possible interpretations, this was the burial place of a tribal chieftain (maybe with other family members), who represented the local elite. These indigenous leaders were probably loyal to Rome, and Roman occupants rewarded them for their loyalty with immense riches. 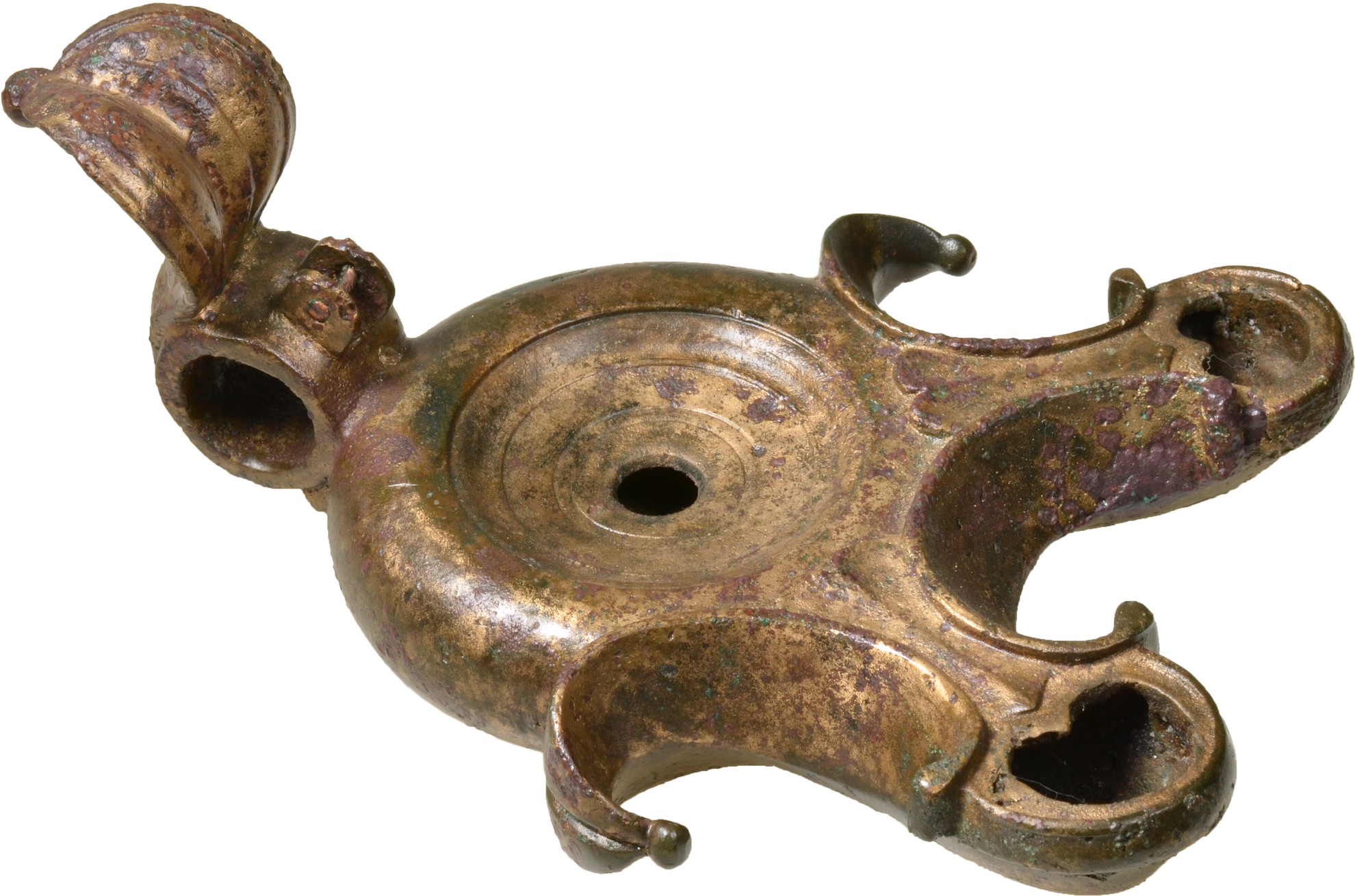 Roman lamp from the princely tomb near Mušov

You can also get more information about the Germans of the Roman period in the neighbourhood of Mušov in our Visitor Centre. You can see original finds from settlements, graves and especially from the princely tomb of Mušov in a permanent exhibition in the nearby Regional Museum in Mikulov. Individual stations of the educational trail “Germans at the gates of the Roman Empire” will lead you to the last resting place of a Marcomannic chieftain and to places where once flourished a Germanic village of the Roman Period. 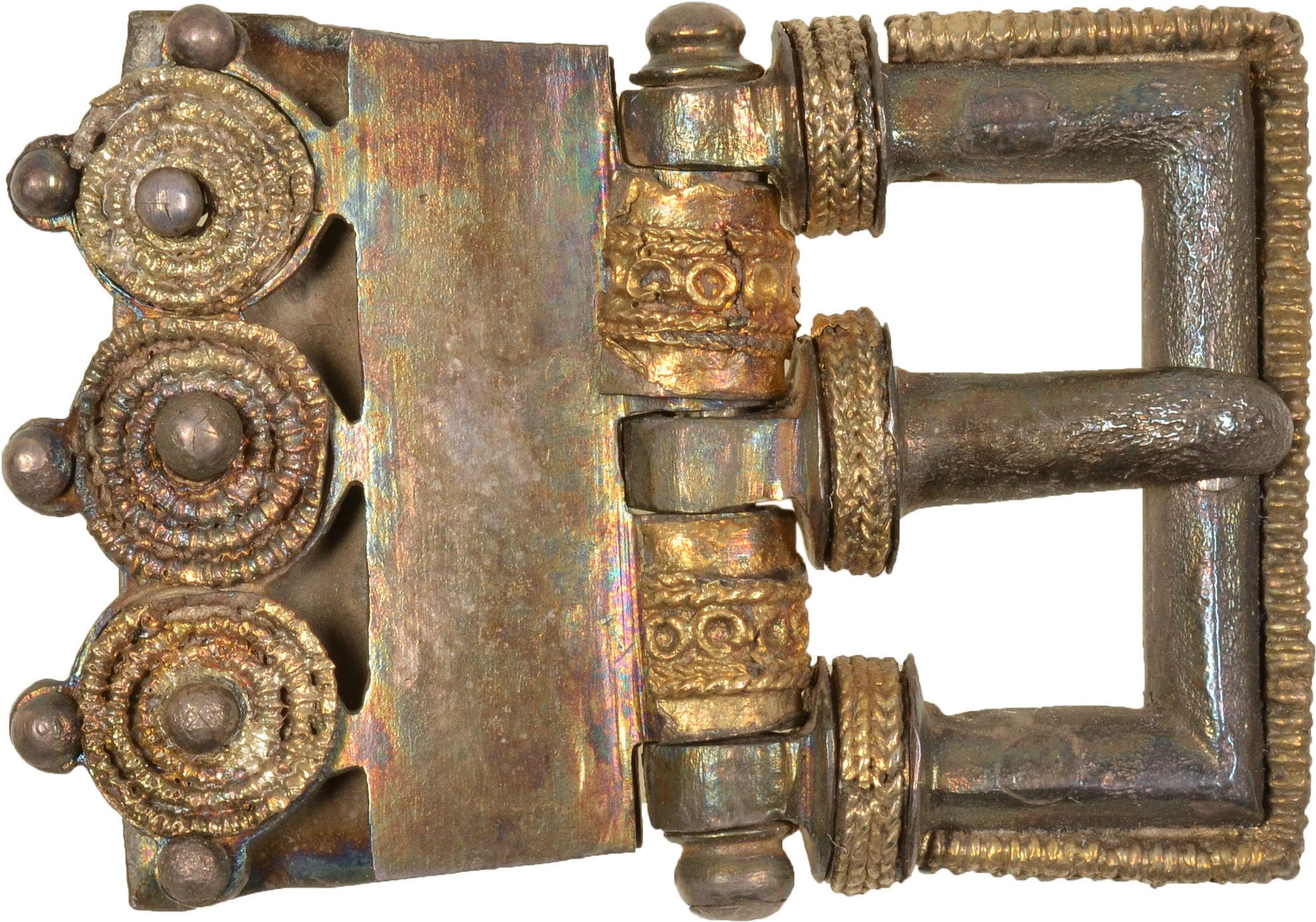 Germanic buckle from the princely tomb near Mušov Germanic spur from the princely tomb near Mušov